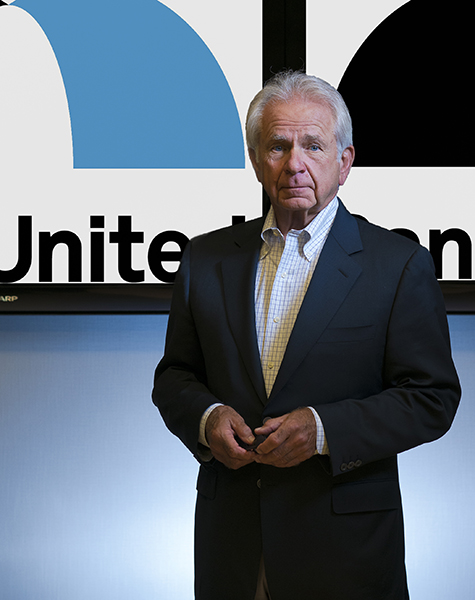 From the Fall 2014 issue of LIU Magazine

History repeats itself for New York’s most successful community banker

The Center Moriches, N.Y., native—already equipped with a Bachelor of Arts in Social Sciences from LIU’s Southampton campus—was all set to ship off to law school in Chicago after four years of teaching middle school in the Medford school district in addition to operating a deli in his hometown.

That was when he got the phone call that changed his life.

“One Saturday afternoon, an old friend of mine called and asked what I was doing on Monday,” recalled Kanas. “I said, at the moment, nothing.”

His friend needed a driver to take him to a small town located on Long Island’s North Fork. “I drove him out to Mattituck where I’d never been before,” he said. Their destination was a little bank looking to branch out: North Fork Bank. Kanas accompanied his friend to the meeting with the firm’s president.
After the meeting, the bank executive looked over at the 23-year-old Kanas, asked who he was.

But the North Fork Bank president had seen something in Kanas that the LIU alumnus had perhaps not seen in himself yet. He asked if the young man had ever considered working in the banking industry. “We’d like you to think about this bank being in your home town,” the executive said to Kanas. “You know people and you’re a natural. And we can pay you a good salary—$7,000 a year.”

Kanas politely declined. Two weeks later, his phone rang again. Kanas’ friend told him his name had come up at a board meeting. The North Fork Bank president wanted to see him again. He drove out east and waited for the big offer.


Read more in the new issue of LIU Magazine!