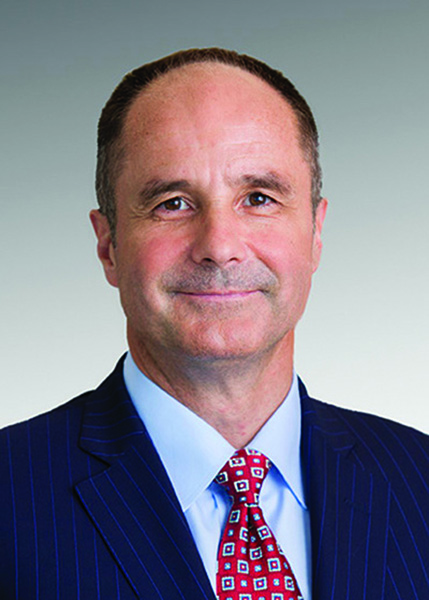 Weinand landed a job with Bayer straight out of LIU Pharmacy (The Arnold & Marie Schwartz College of Pharmacy and Health Sciences), after earning his master’s degree in pharmacology/toxicology. Just three months after working in Bayer’s research labs in West Haven, Conn., he was tapped for the company’s executive development program, where he gained experience in sales, marketing, and business development before embarking on a career at the top levels of several international pharmaceutical corporations. Twenty-seven years later, Weinand has returned to Bayer to become CEO of Bayer HealthCare Pharmaceuticals, overseeing a division with 2013 sales of approximately $15 billion, and 38,000 employees.

“It is a privilege for me to be given the opportunity to lead BHC Pharmaceuticals at a time where the business is one of the most successful in the industry, delivering substantially on growth,” Weinand said.


“The demand for new medical treatment options remains a top priority. “You focus your research in those areas, to provide value to society,” Weinand said. “Cancer, for example, continues to be an area of unmet need. The goal is to bring to market a new drug that provides a true benefit to patients.”

Developing those new drugs depends on a long-term assessment of the future medical needs of people, and creating treatment options that are an improvement over what’s already on the market. “It’s all about providing value to patients,” Weinand said. “If you provide patients with therapy options which serve their medical needs, then you will be successful.”


After a few years with Bayer, Weinand was recruited by Lederle International, where he started in international marketing, became director of market research, and later managed the company’s operations in the Asia-Pacific region. Then came a string of top posts in Big Pharma such as Parke-Davis/Warner-Lambert to F.H. Faulding, Inc., Bristol-Myers Squibb, Pfizer, and Otsuka Pharmaceutical Development and Commercialization Corp., before returning to Bayer.

“I wasn’t looking to move,” he said. “But the opportunity to become the CEO of a major pharmaceutical business was one I could not resist.”


Weinand’s new position at Bayer brings him back to his native Germany. (His family had emigrated to Connecticut while he was in high school). He looks forward to living once again in Germany, where as a child, lived in a town north of Frankfurt. “I understand the culture, having grown up there,” he said.