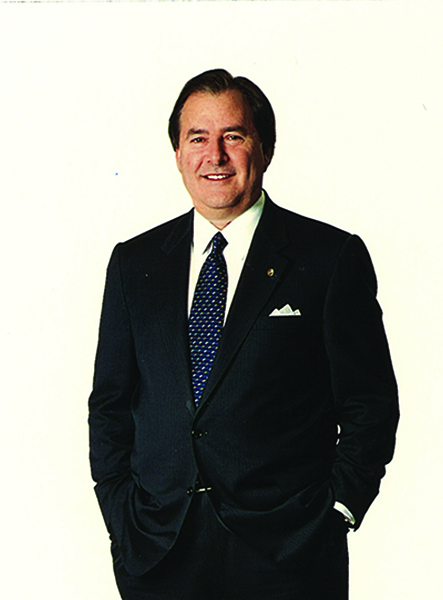 
From the Fall 2014 issue of LIU Magazine

From Student to Benefactor

Titan of business and philanthropy, Gary Winnick '69 never loses sight of his family and roots.


In the late 1950s a popular television series called The Millionaire told the stories of people—average Americans from all walks of life—whose lives were altered suddenly by the gift of $1 million bestowed by a man named Michael Anthony, executive secretary of an anonymous benefactor named John Beresford Tipton Jr. Thousands of Americans tuned in each week to see how the lives of Tipton’s beneficiaries played out. One of those viewers was a Fresh Meadows, Queens resident named Gary Winnick (B.A. ’69), who was eight years old when The Millionaire began its five-year run.

Like lots of youngsters watching television, Winnick often fantasized about being one of the characters. But it wasn’t Tipton, wealthy enough to give away a million dollars to a complete stranger every week. Nor was it the recipients of Tipton’s largesse.

In the summer of 1957, like thousands of post-war New Yorkers, Arnold and Blanche Winnick and their children—Gary Winnick, older brother Roy (’66), and Susan—migrated east for the American dream of home ownership on Long Island, settling in the historic Mackay Estate development of Roslyn, N.Y., Winnick spent the rest of his childhood in an area known as the “Gold Coast.” It’s where he got his driver’s license and his first job, graduated from high school and, while he was a student at LIU Post (then C.W. Post), experienced the most profound moment of his young adulthood.

For Winnick, the Gold Coast became a source of inspiration as he grew into adolescence. “I would drive around the area and look at the mansions and imagine the industrial titans who had lived here,” he said. “I thought about how those people came to America as immigrants and made something of themselves.”
His father, Arnold Winnick, not an industrial titan, but he was a successful, self-made man. He owned a restaurant supply business, and he strove to pass along to his children some of the knowledge he’d gained building it. He wanted them to become resourceful and resilient.

“When I became a teenager my father encouraged me to find work.” Winnick said, “If I asked him for something, he would suggest that I get a job and earn the money to pay for it. So, I started working at Howard Johnson’s on Northern Boulevard when I was 16 and I’ve worked ever since.”
The Winnicks encouraged their children to go to college near home. LIU was one of Arnold’s customers and he often extolled its virtues to his family. Roy Winnick was already attending LIU Post in 1965 when Gary Winnick enrolled as a business and economics major.

By then he had moved on from Howard Johnson's to a sales position at a nearby ski shop. Later he became assistant manager at a local golf club. “I took as many classes as possible early in the day, so that I’d be done by early afternoon and could go to my job,” said Winnick.

Winnick was earning good grades in school and liked his job, but in the spring of his freshman year, his dad passed away unexpectedly. He went to a regular card game with friends one evening and he didn’t come home. Gary Winnick was shaken.

“I woke up the next morning, got in my car and drove to C.W. Post,” he remembered. “I walked across campus in a daze. I had to tell my teachers I wouldn’t be there for a week. That was the most hollow period of my life.”

Out of it, however, grew a new connection to the university and a heightened sense of purpose. “Too many of us take our lives for granted,” Winnick said. “Too many accept life for whatever hand is dealt and don’t take responsibility for their own lives. After my father died I became very determined. I realized that if I wanted to be something in life, achieving that was going to be on my shoulders.”

The university became like another family for him, something he needed to fill the hole left by his father’s death. “Post was my grounding during a very difficult and formative period for me,” Winnick said. He joined Phi Sigma Delta fraternity and threw himself into his classes and his work with new intensity.