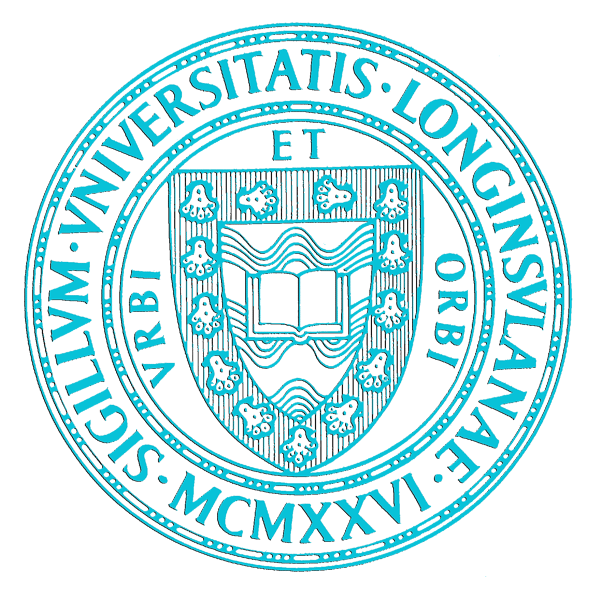 Long Island University, founded in 1926, continues to redefine higher education, providing high quality academic instruction by world-class faculty. Recognized by Forbes for its emphasis on experiential learning and by the Brookings Institution for its “value added” to student outcomes, LIU offers nearly 250 degree programs, with a network of over 285,000 alumni that includes industry leaders and entrepreneurs across the globe.

Long Island University’s Brooklyn campus has deep historic roots that stretch back to 1926, when the New York Board of Regents granted LIU a provisional charter. The university founders were committed to admitting students based on merit and promise alone, never impeding their enrollment because of their sex, race, religion, or national origin. This was a unique and progressive philosophy during an age that was often defined by quotas and discrimination.

The first graduating class (1931) was comprised of 312 students, mostly from surrounding neighborhoods. Early alumni were immigrants or the children of immigrants, who were searching to better themselves by gaining the knowledge and the skills needed to survive and thrive in America. The university took into account the needs and aspirations of these students, offering courses in accounting, retailing, and secretarial studies that would prepare them for the working world, while providing them with a strong liberal arts foundation. In 1929, the university merged with the Brooklyn College of Pharmacy (now known as LIU Pharmacy), adding a popular new major to its offerings.

The momentum behind the institution’s initial growth slowed during the Great Depression, but the school persevered. At the end of World War II, thanks to the GI Bill of Rights, enrollment began to increase exponentially.

At the same time, demographics were changing in the City and beyond. The population was becoming more ethnically and racially diverse. Students from new underrepresented groups found educational opportunity at the university, taking advantage of its moderate prices, flexible schedules, and policy of nondiscrimination. And this diversity began to be reflected in LIU’s faculty, hiring women and minorities for teaching positions long before many other institutions did.

As demand for education increased, new undergraduate majors were introduced, graduate programs were added, and construction began on dormitory facilities to accommodate the increasing number of students who wanted to live on campus. In 1960 LIU purchased a new permanent home by acquiring the historic Brooklyn Paramount Theater—originally designed to show “talking pictures” and early home to rock ‘n’ roll and jazz acts including Dizzy Gillespie, Ella Fitzgerald, Miles Davis, Duke Ellington, Chuck Berry, and Buddy Holly. The Paramount was converted into a gymnasium and what is now the Metcalfe Building, but many of its architectural details have been preserved. The original 1920s Wurlitzer organ remains operational and can still been heard (and felt) throughout campus during regular tuning exercises.

Today, LIU Brooklyn is thriving. Located in the heart of the Downtown Brooklyn’s thriving Cultural District, the campus is a self-contained urban oasis just steps from world-class arts and entertainment venues like BAM and the Barclays Center and minutes from Manhattan. With more than 11,000 students, over 100 academic programs, and a proud history of excellence in Division I athletics, LIU Brooklyn continues to build on its tradition of access and excellence to serve its students and the community at large.

From 1921 to 1951, Hillwood was the home of Post Cereal Company heiress and socialite Marjorie Merriweather Post. The estate’s lavish Tudor-revival mansion was a symbol of wealth and social prominence that embraced Long Island’s Gold Coast in the early 20th century. Like Jay Gatsby’s West Egg manse, Hillwood was an idyllic country retreat for family and friends of Ms. Post and her second husband, financial wizard E.F. Hutton, to escape the noise and crowds of New York City. Tennis, horseback riding, swimming, and golf, not to mention opulent parties frequented by royalty, world ambassadors, and celebrities, were just a few of the favorite pastimes that guests enjoyed on the estate.

In 1951, recognizing the educational needs of the growing number of families moving to the suburbs, Long Island University purchased the 177-acre estate for $200,000. The university's Board of Trustees named the college for Marjorie's father, the great American breakfast cereal inventor Charles William Post.

Thanks to a generous gift from alumnus Gary Winnick (B.A. ’69) in 2004, the main residence of the Hillwood estate underwent a three-year restoration. Now known as Winnick House, the mansion’s bedrooms and living quarters have been converted into administrative offices, meeting rooms, and performance spaces. In the Great Hall, a meeting space, recital hall, and reception area for students and faculty, you can still enjoy the extraordinary architectural details in the woodwork and leaded windows while you envision the grand parties that took place here in the early part of the 20th century.

Today, the LIU Post campus covers 334 acres and comprises 47 buildings, 10 residence halls, and three historic mansions. Just 27 miles east of New York City, LIU Post is a scenic, historic, and scholarly campus that offers a small-school environment, but with the access and resources of a major private university.