Majoring in film at LIU Post will help you prepare for a career in directing, cinematography, editing, lighting, producing, screenwriting or film criticism. LIU Post is one of only a handful of colleges and universities to instruct students in the use of 16mm film, and where students starting making films in their first semester. This 120-credit program also includes a strong film history component as well as courses in animation and special effects.

Our faculty are all working professionals in diverse areas of the field, including writers, directors, cinematographers’ documentarians and critics – award-winning professionals with top-level experience and credentials. As a student, you will have the chance to master the new media technologies, and develop your production design skills in our studio. You will get the valuable learning-by-doing experience that you need to succeed.

In addition to a comprehensive, widely respected education in film, you will study a well-rounded liberal arts-based core curriculum with lifelong personal and professional value. You will be a member of a diverse, vibrant learning community in one of the region’s most inspiring academic settings.

Please visit liupostfilm.org for an in-depth look at the film program at LIU Post.

Applicants are to be notified of departmental admissions decisions in the early spring. Mid-year transfer students will be contacted individually.

It is possible to apply for additional monies outside what the University has already granted you. Please email the Director of Film, susan.zeig@liu.edu to find out more about this.

CIN 1 The Art of the Film/1900-1930
This course studies the silent film and the birth and development of film as an art form in the United States, Germany, Russia and France.
Fall, 3 credits

CIN 2 The Art of the Film/1931 to Present
In this course, students study the sound film: the international development of creative motion pictures from the advent of sound through Neorealism, the New Wave and the work of major new directors.
Spring, 3 credits

CIN 3 Major Forces in the Cinema
The influence of major movements in the cinema is examined in this course. Subject changes each semester. May be taken for a maximum of three semesters.
Spring, 3 credits. 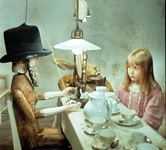 CIN 4 Major Figures in the Cinema
The personal styles and influences of major directors are covered in this course. Subject changes each semester. May be taken for a maximum of three semesters.
Prerequisite: CIN 1, 2, or 11, or permission of the instructor.
Spring, 3 credits 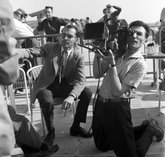 CIN 5 The Art of the Documentary Film
This course is an analysis of the major contributors to the film documentary from the Kino Eye movement of Vertov through the contemporary documentary.
Prerequisite: CIN 1, 2, or 11, or permission of the instructor.
Spring, 3 credits

CIN 7 Intermediate Motion Picture Production
The techniques of sync sound and learning to work as a crew as emphasized as student produce a short film. Individual approach is encouraged.
Prerequisite: CIN 6
Spring, 3 credits

CIN 9, 10 Screenwriting
These course include an intensive program of screenwriting techniques, from short form to full-length screenplays.
Annually, 3 credits

CIN 11 History of World Cinema
A concise history of film from its origins in the 1890s to the present is covered. Silent and sound films from around the world are screened and discussed each week. Suggested for non-majors core requirement.
Every Semester, 3 credits

CIN 15 Cinematography
This course is an intensive study of the motion picture camera and lighting technology.
Prerequisite: CIN 6, 7
Fall, 3 credits 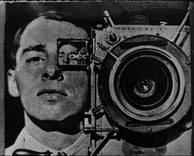 Mike Atkinson is the author of six books, including one volume of poetry and an upcoming novel from St. Martin's Press. He has written about film for The Guardian, SPiN, Film Comment, Sight & Sound, The Village Voice, Chicago Reader, Details, IFC.com, and many others. His TV pilot BABYLON FIELDS was produced by CBS TV and his pilot “All Things Awakened” is currently in production. His books include: “Blue Velvet” (British Film Institute), “Ghosts in the Machine: Speculating on the Dark Heart of Pop Cinema,” (Limelight Eds.), and “Exile Cinema: Filmmakers at Work Beyond Hollywood” (SUNY Press). Professor Atkinson has been teaching at C.W. Post for more than 11 years.

John Koshel’s professional work spans digital, film and video media and includes network television and feature films. His background includes digital-asset and archives management, and historical media research for NBC-Universal, in addition to several producing and directing credits, editing experience, and contract negotiations with corporations and entertainment labor unions. Professor Koshel’s interests include motion picture history and production, preservation and restoration. Academic credits include the M.F.A. from the NYU Graduate Institute of Film and Television, concentration in writing and directing, and a Senior Fellowship in screenwriting from Hamilton, College, Clinton, N.Y.

John Mainente directed an independent feature film titled “Bright Ideas.” The Long Island Voice lauded it as one of 1998’s “Best of the Year” and Newsday’s John Anderson applauded it, calling it a “Laurel and Hardy film for the ‘90’s.” Professor Mainente has also directed two nationally shown television commercials, eight short subject films, was the chief editor on a computer graphic anti-drug PSA music video, was the supervising editor to a Silver Anvil nominated video for Creamer Dickson Basford and has written five feature length scripts. John earned his B.F.A. from the C.W. Post Campus of Long Island University and an M.F.A. in Film from Columbia University, where he studied with academy award winner Milos Forman.

Gia McKenna graduated from LIU Post with a BFA in Film Production in 2010 and was awarded the Martha Holmes Award for Excellence in Film.  Fresh out of college, she started her very own boutique video production company, 1909 Productions LLC. She works part-time at LIU Post as the Assistant Technical Director of the film program as well as an advisor to the film students. As ATD, she manages and maintains the equipment room, editing suites and film studios. As an advisor, Gia encourages students to be on her film sets outside of school so that they can have hands-on experience and will be better suited for a professional film setting. She also advises students on their own personal projects, films and theses. In 2013, Gia produced an independent short, The Necklace (Dir. Joan Stein-Schimke). In September of the same year, her thesis film Poker Face (2010) made its small screen debut on Long Island Screening Room (WLIW21, New York Public Media).  Currently, Gia has served as Associate Producer on her first indie feature A Pebble of Love (Dir. Hossein Keshavarz).  She has also released a new web series An Actor Unprepared, which she both directed and produced. 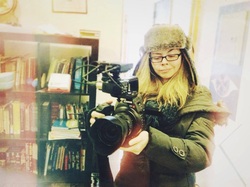 Lisa Robinson works as a screenwriter and director. She co-wrote and co-directed (with Annie Howell) the feature film SMALL, BEAUTIFULLY MOVING PARTS which premiered at SXSW in 2011, screened at over 20 festivals and won the Sloan Feature Film Prize at the Hamptons International Film Festival. It has played theatrically in more than 15 cities, was a Time Out and New York Magazine Critics Pick and Roger Ebert praised it as “effortlessly engaging”.  Robinson also recently wrote and directed HOLLOW, a short film funded by ITVS (a division of PBS) Futurestates series that premiered at Tribeca Film Festival and is currently streaming at PBS.org. Robinson also co-created SPARKS, a web series about humans and technology, that was syndicated by the Sundance Channel. She has written and directed short films that have screened at film festivals around the world including Cannes-Directors Fortnight, Telluride, Edinburgh, and Clermont-Ferrand. She is the recipient of the Martin E. Segal Prize, the Mitsubishi Digital Media Lab Award for Excellence, and a New York Foundation for the Arts Fellowship. Robinson received her MFA from New York University’s Graduate Film Directing Program. 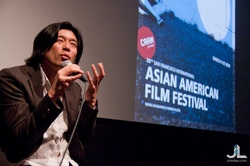 Professor Susan Zeig is a documentary filmmaker focusing on issues of social concern. Her current work leads from the decades of dismal graduation rates in many urban neighborhoods, and how communities are successfully working to turn this around. She has received grants for these projects from the C.S. Mott Foundation, the Ford Foundation, the Surdna Foundation, the Barr Foundation, the Irvine Foundation, the Walter and Elise Hass Fund, the Rockefeller Foundation, National Latino Communications Center, Independent Television Service (I.T.V.S.) New York Foundation on the Arts, National Endowment for the Humanities, National Endowment for the Arts, New York State Council on the Humanities, New York State Council for the Arts, the Film Fund, and the Research Committee of Long Island University. Her films are in national distribution in educational, community and labor union circuits as well as being broadcast over PBS, transmitted on cable and the Internet. She also created a University Satellite Network with a 20 -university link-up, serving as Co-Project Director.

The Long View Open -final from Susan Zeig on Vimeo. 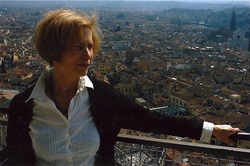 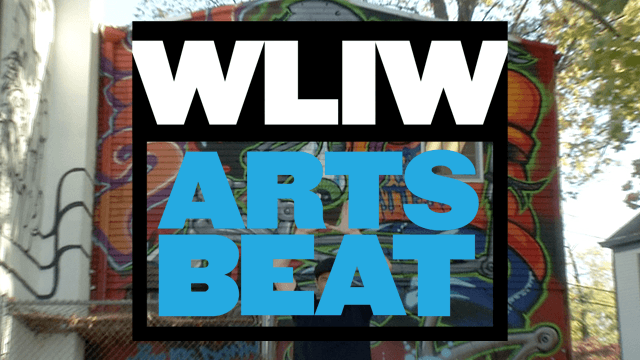 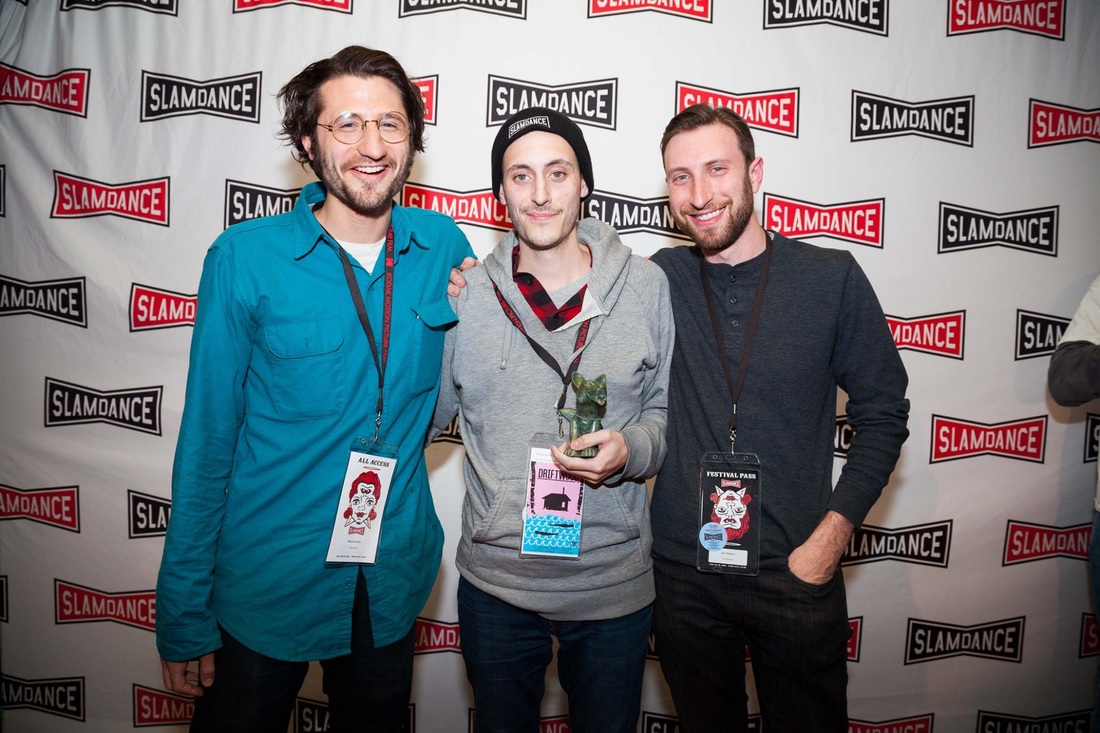 Fellow LIU Post graduates, Paul Taylor & Alex Megaro, have won top honors at the prestigious 2016 Slamdance film festival. DRIFTWOOD, directed by Paul and produced by Alex, follows a young woman who washes ashore and is taken in by a stranger.

“A thoroughly original outsider voice that leaves us eager to see what the filmmaker creates next.”
The award winner was granted $3,500 in legal services from Pierce Law Group. 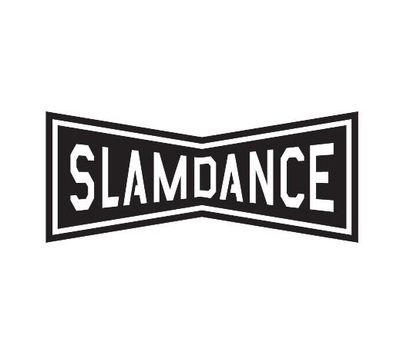 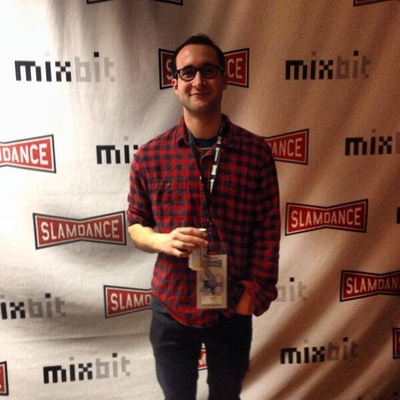 Congratulations to Post alum LJ D'Arpa for having his thesis film Eidos play at the 2014 Slamdance Film Festival! 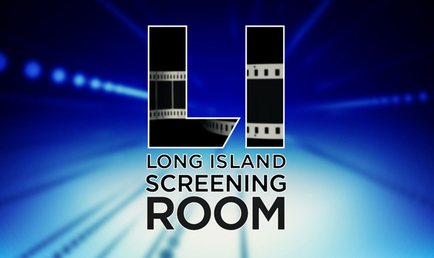 To watch their interviews, click on the videos below: 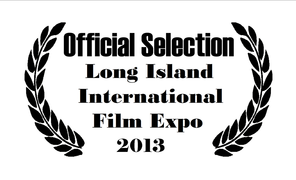 Congratulations to our alumni for having their films screen at LIIFE (2013):

Carrie Ferrante
Us & Them

Eastern Effects - Production Facility
Laura currently is the co-owner of Eastern Effects.  After graduating from the C.W.Post film department, she and Kayvan moved to Queens and began taking internships. They believe that this is a great way to try different types of production and to meet people that can help you get jobs in the field. Her hard work there got her jobs working as a production assistant with several production companies in New York City. She moved from production assistant to production coordinator to production manager. After her work as a freelancer she joined up with her current business partner at Eastern Effects where they are working together to grow the company. Eastern Effects provides lighting and grip equipment rentals for independent films, television production, corporate and commercial videos etc.
Kayvan also graduated from C.W. Post in 2000. During his summers at C.W.Post, Kayvan went to Los Angeles and worked as an intern. After graduation he took an internship in New York with Good Machine production company that produced such films as In the Bedroom and Crouching Tiger Hidden Dragon. That internship led to a job as an office production assistant which led him into the accounting field within film production. He works mostly on budgeting for films. He has continued to work on his own film projects, one of which made it into the San Jose International Film Festival.

Please take a moment to review our equipment room policies:

Please email us at liupostfilm@gmail.com to add your film shoot to the Production Calendar.


Please email us at liupostfilm@gmail.com to add your film shoot to the Production Calendar.