Former Chief of Protocol of the United States 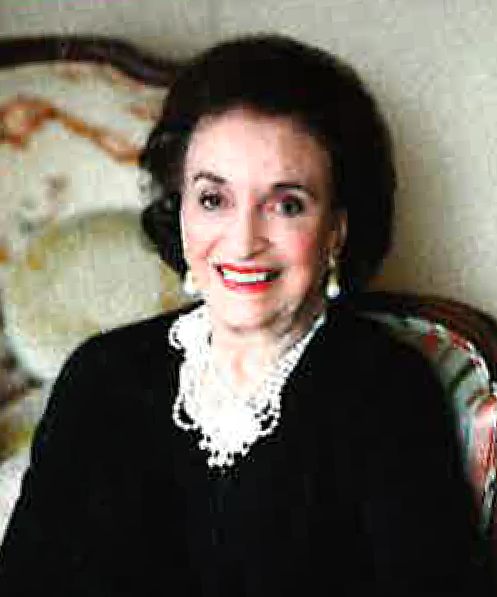 Ambassador Selwa "Lucky" Roosevelt was Chief of Protocol of the United States from 1982-1989. She was in charge of organizing over 1,000 visits of world leaders to the United States. Ambassador Roosevelt was President Reagan's representative to the Washington Diplomatic Corps, and her office was the office of record for some 30,000 diplomats in the United States. In addition, she was responsible for the Blair House Restoration Project -- a six-year renovation of the nation's 110-room Presidential guest house. President Obama gave her a special award for her 30 years leadership of the Blair House Restoration Fund.

Born in Kingsport, Tennessee, she lived there until her marriage to Archibald B. Roosevelt, Jr., a grandson of President Theodore Roosevelt. An honors graduate from Vassar College, she has worked as a journalist for the Washington Post and a freelance writer for numerous magazines, among them The Saturday Evening Post, Family Circle, McCalls, and Town & Country, where she was a contributing editor for seven years. She is the author of an autobiography, Keeper of the Gate, published by Simon & Schuster.

Ambassador Roosevelt has received numerous awards including the Outstanding Civilian Service Medal from the Department of the Army and the Distinguished Public Service Award from the Women's National Republican Club of New York. After retiring as Chief of Protocol, she was decorated by the Italian government and made a Grand Official of the Order of Merit of the Republic of Italy. And more recently, she was awarded the decoration from the Spanish government of Isabel La Católica. She is Chairman of thew Blair House Restoration Fund and serves on the Board of Visitors of the University of North Carolina School of Arts and on the advisory board of the Duke University Medical Center.