A full day camp for cheerleaders of all levels. Participants will be exposed to a variety of styles. Coaches will evaluate abilities and work to develop their techniques. 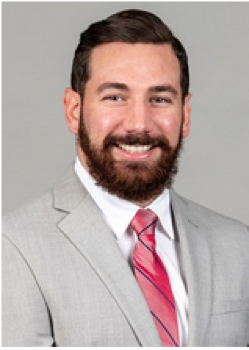 A native of Reading, Pa., Justin Wentzel has coached two former programs to their first national collegiate cheerleading championships at the National Cheerleaders Association held in Daytona Beach, FL. After a 20-year absence from the competition floor, he led the Vulcans cheerleading squad at California University of Pennsylvania (California, PA), his alma mater, to a 2015 NCA Division II title. Then again in 2019, as a member of the coaching staff at Saint Joseph’s University in Philadelphia, Pa., he helped the Hawks capture their first NCAA Division I National Championship.

Further, Justin has more than 15 years of experience as a cheerleading coach and cheerleader, is a recently retired Head Instructor for the National Cheerleaders Association (NCA) from 2009-2020. In addition to being the Head Cheerleading Coach and Spirit Coordinator at California University of Pennsylvania (PSAC) for three years (2013-2016), he served as the Head Coach of the cheerleading team at Drexel University (CAA) in Philadelphia between January 2017 and May 2020. During that same time frame, he was a contracted as a consultant/Assistant Coach of the competitive cheerleading team at Saint Joseph’s University (A10).

While at Drexel, Justin’s responsibilities included developing and approving student academic programs of study; organizing and executing on and off-campus events for prospective and admitted students, such as college fairs and open houses; and serving as the direct liaison for application data, communications/media, and outreach for Drexel’s Lebow School of Business and School of Economics.

He has received several awards as cheerleading instructor as the result of his 11-year tenure with Varsity Spirit Corporation: National Cheerleaders Association; Plano, TX. Wentzel has been awarded numerous achievements by NCA including Top Rookie Instructor, Top Veteran Instructor, and Top Head Instructor throughout his years of traveling and teaching camps throughout the nation. He has also been a Pennsylvania Interscholastic Athletic Association (PIAA) District and State Championship judge since 2013.

Coach Wentzel received a bachelor’s degree in Sport and Entertainment Management from California University of Pennsylvania in 2015.