Partnering with local sports organizations to create a universal soccer camp for boys! Work on your skills through close training sessions and have some fun with team based drills! Participants will be split into age groups and work closely with our players and coaches. 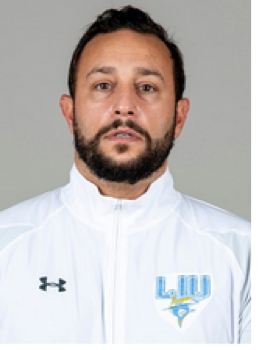 Michael Mordocco completed his fourth season as the head coach of the LIU men's soccer program in 2021.

During his first season, he helped mentor a consensus All-American in graduate student Lukas Ostermann. Mordocco helped guide the Pioneers to their fourth-consecutive East Coast Conference championship with a 2-0 victory against Mercy College during the championship match. The Green and Gold eventually reached the East Region championship match against local rival Adelphi University where they fell on a snowy afternoon at Pioneer Soccer Park.